Updated February 09, 2018 | by Grace Chen
Parents nationwide are opting out of state testing. Hoping to send a message to lawmakers, they are refusing to allow their children to take standardized tests.
Parents Refuse Common Core Testing

In communities all over the country, parents are choosing to opt their children out of Common Core testing. In schools from coast to coast, April has become “testing season,” the time of the year when students in grades K-12 sit for standardized tests in math and English language arts. Because of initiatives like No Child Let Behind and Race to the Top, which are intended to measure and improve student performance, some students sit for up to nine to twelve hours of testing over the course of a few weeks.

Race to the Top

The Race to the Top program, which began in 2009, offers grants totaling billions of dollars to states that follow guidelines for education innovation. In order to qualify for the competitive grants, states must build “data systems that measure student growth and success, and inform teachers and principals about how they can improve instruction.” To gather the data necessary to meet this requirement, states have implemented standardized testing for all public school children.

In 2014, some parents decided they’d had enough of high-stakes, long-duration testing. Around the country handfuls of students showed up on testing days clutching formally-worded notes from their parents explaining that they were “opting out” or refusing to take the standardized tests.

There are several reasons why parents are rejecting Common Core Testing:

The Beginning of the Opt-Out Movement

Parent groups first tried addressing their state departments of education to share their concerns and ask that states back-off from such aggressive testing programs. In New York, according to anti-testing advocate, Bianca Tanis, instead of responding to parent concerns, Governor Andrew Cuomo “doubled down on the use of testing,” making them a part of teacher evaluations and extending them to more grades. Because they felt dismissed by lawmakers, parents began to organize their efforts more formally. Through social media, advertising, and public rallies, they began to spread the message that opting out was a parent’s choice and right.

Spreading the word about test refusal

Over the next year word of the opt-out movement, a parent-driven act of civil disobedience, began to spread. On Little League diamonds and soccer fields, at PTA meetings and playgroups, on Facebook and in local coffee shops, moms and dads began to share their growing suspicions that kids were being over-tested and that all the testing didn’t seem to be helping anyone.

Local and national opt-out organizations emerged, such as United Opt Out: The Movement to End Corporate Education Reform. United Opt Out provided parents with information about national opt out actions and laws that mandate testing. An older organization, The National Center for Fair and Open Testing, posted sample letters parents could use opt their children out of testing.

On Long Island, NY, a middle-class suburban area east of New York City that has been called the “epicenter of anti-testing,” more than half of all public school students opted out of the tests. In some individual schools, the numbers were much higher. For example, in Sayville, NY, only 25% of children in grades 3-8 took the state math test. In Rocky Point, NY, another Long Island community, 80% of students sat out the April tests.  Some administrators in New York fully supported the opt out movement, and one school district’s board of education even considered passing a resolution to refuse the tests district-wide.

The movement was not limited to New York. In Indiana, a school superintendent recommended that parents homeschool their children during testing days, and opt-out of the exams. In Seattle an entire class of eleventh graders in one high school refused to take standardized tests, and in the city’s other high schools, hundreds of other students followed suit. In 2015, the movement became nationwide.

Faced with strong opposition, state lawmakers reacted. Some state leaders encouraged parents to reconsider, and downplayed what parents considered the negative aspects of the tests. For example, back in New York, Governor Cuomo tried to placate those who opposed the test by saying, “What I don’t think has been adequately communicated is, we passed a law that stops the use of the grades on the test for the student. So the grades are meaningless to the student.”  Rather than reassure doubtful parents, Cuomo’s reassurance that the hours of testing ultimately meant nothing motivated even more actions, and in May of 2015, residents all over New York voted for anti-testing candidates for local boards of education.

In local schools, many administrators didn’t know what to do with all the children who refused the tests, but still came to school. In some districts, students were required to sit quietly and read or work on homework. Other districts enacted a policy called “sit and stare.” Students who refused were forced to sit at their desks and stare while others worked on the tests. They were not allowed to read, write, or listen to music on headphones. Jeanette Deutermann, one of the founders of New York State Allies for Public Education, claims “sit and stare” was a form of bullying and an effort to intimidate parents. Donald Ogilvie, a New York public school superintendent refutes Deutermann’s claim, and asserts that “sit and stare” is not a form of abuse.

Other states have watched New York closely, and have begun to propose policies to ensure all schools follow appropriate procedures in the future should the opt-out movement continue to grow. For example, the New Jersey legislature is considering a bill that would require parents to provide schools with two weeks’ notice if their children were going to refuse the test, and would require schools to provide students who opted out with “educationally appropriate alternative activities,” separate from the test-takers. Another bill currently working its way through New Jersey’s state government would prevent the state from withholding any state education funds from schools with high numbers of test-refusers.

Some testing advocates have voiced concerns that failing to meet the federally-mandated test-participation number, which is 95% of all students in most states, may result in loss of Title I Federal school funds, which are particularly important to low income communities. However, others argue that state governments aren’t required to adhere to any specific participation rates and can continue to distribute these funds based on local need. Many states are following New Jersey’s example and proposing legislation that will unbundle test participation from school funding, including Federal monies.

Some states, however, have maintained that state law mandates testing and opting out is simply illegal. In New Mexico, state education leaders and parents have different interpretations of laws requiring testing. While parents and some lawmakers argue that refusing the tests is an act of civil disobedience, protected by the fourteenth amendment, others retort that test refusal is not permitted by law and could negatively impact both students and local schools. Statewide about five percent of New Mexico students refused the tests. Some individual schools had much higher numbers, including elementary schools with more than 30% of students refusing. Refusal activists are already building support for refusals of the 2016 tests.

Of course, improving schools is in the national interest, and standardized testing has long been considered the best way to measure student achievement. Testing opponents counter that there are many other ways to assess student achievement. In her book Why Our Schools are Obsessed with Standardized Testing, But You Don’t Have to Be, author Anya Kamenetz reviewed several alternatives including stealth-testing, that assesses students by sampling work they complete online as part of their regular classroom experience. She also suggested expanding how student achievement is assessed, advocating for multiple measures, including classroom assessments, graduation rates, and less frequent standardized tests. One of the more popular approaches to measuring student growth is the portfolio assessment, which tracks a student’s progress with a portfolio of work samples that follows her from kindergarten to graduation. 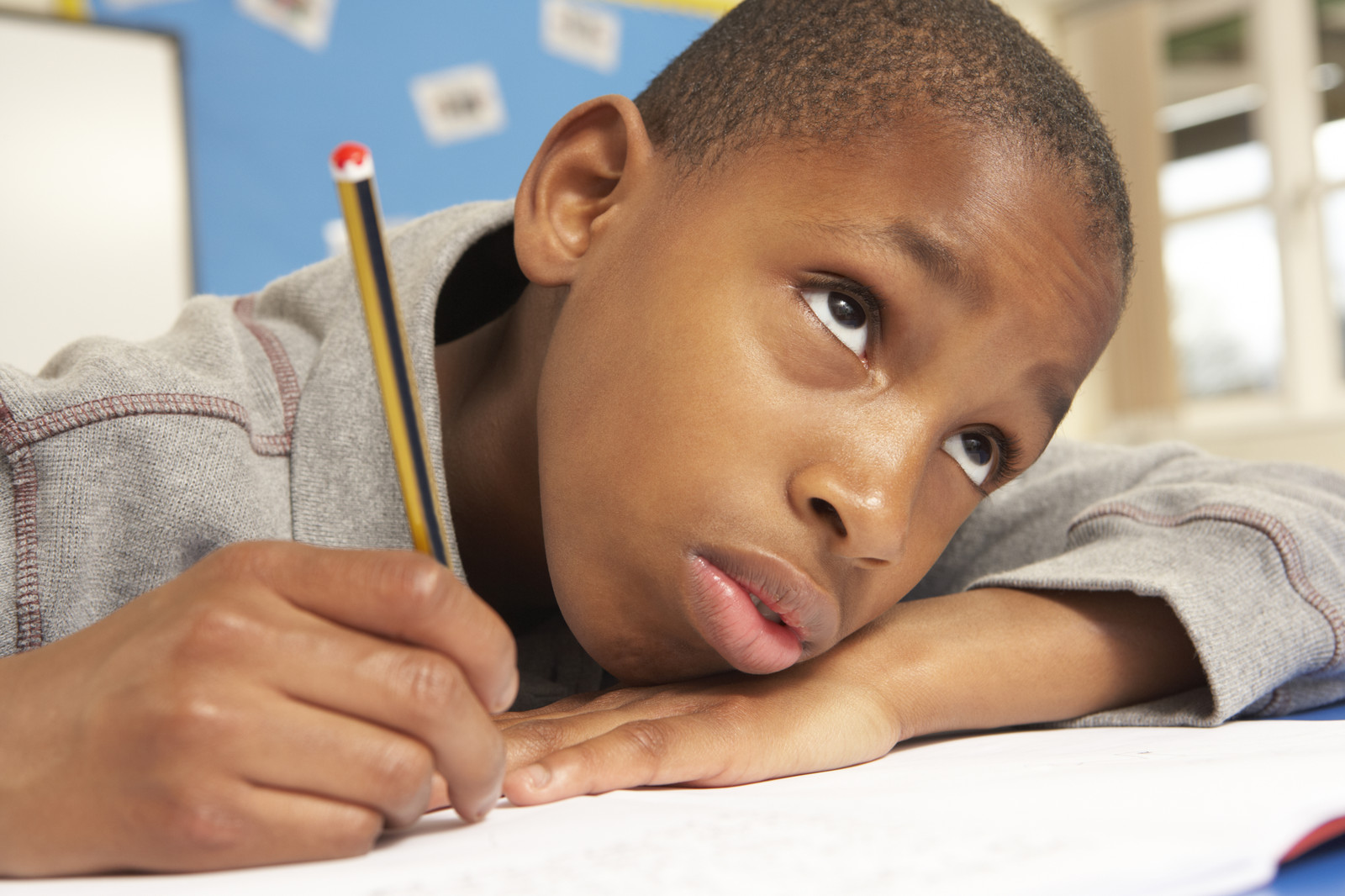 The test-refusal movement is still in its infancy, and it remains to be seen what impact it will have on the future of American education. What is certain is that state and Federal lawmakers have noticed the movement, and are beginning to take steps to address parent concerns about testing. A national conversation about testing and student achievement has begun.

The Parents’ Guide to Common Core

An In-Depth Look at Common Core – What’s Working and What Isn’t?
Recent Articles
May 27, 2020
Why Are Things Becoming More Difficult For Public School Teachers?
Being a teacher has never been easy but changes in federal funding and legislation have made it harder than ever for public school teachers. Keep reading to learn more.
May 26, 2020
Meatless Mondays: Why Public Schools are Going Vegetarian
Say goodbye to mystery meat - and all other types of meat - at public school cafeterias that are embracing the Meatless Monday trend.
May 25, 2020
Do Public Schools Have Tap Water Safe to Drink?
Growing cases of contaminated tap water at public schools around the country are raising more than eyebrows. Learn about whether or not public schools' tap water is safe to drink.

Education reform is in the works, and you can stay updated on the latest changes, debates, and policies here. Learn more about No Child Left Behind and how it impacts your child. Explore how federal and state government is working to improve school performance, student achievement and education standards.

Most Popular Articles
What Is A Magnet School?
Top School Listings by Category
The 15 Biggest Failures of the American Public Education System
Public School vs. Private School
10 Advantages to Public Education