by Grace Chen
Are our public schools in a state of crisis? Learn about the 10 biggest problems with public schools today, both from the perspective of the administrators and the teachers
Few would argue that the state of our education system has plenty of room for improvement. However, developing a plan to take schools in the right direction is easier said than done. The first challenge lies in identifying underlying problems keeping students from learning today. This challenge, in part, is due to the fact that the problems may change considerably depending on who is labeling them, whether it is students, parents, educators or lawmakers. Consider this list of 10 major challenges currently facing public schools, based on the perspective of many involved in the world of education today.
Classroom Size
Many areas of the country are facing classrooms that are literally busting out at the seams. A report at NEA Today two years ago discussed how schools in Georgia, in the midst of major funding cuts for schools, had no choice but to lift all class size limits to accommodate students with the faculty the school system could still afford to keep. More recently, Fairfax County in Virginia has been looking into a proposal to increase classroom sizes in the face of significant budget cuts. The Board of Education in South Carolina is also weighing their options in this area.
When money gets tight, classroom numbers are often impacted. Yet, most teachers agree that they cannot effectively teach every student in a classroom, if the class size exceeds about 30. Their statements are backed up by research. Class Size Matters cites a study performed by the Tennessee Star that found classes of 15-17 students in grades K-3 provided both long and short-term benefits to both the students and the teachers in those classrooms. Minority students, those living in poverty and male students appeared to benefit from smaller classroom sizes the most.
Poverty
Technorati reported last fall that 22 percent of the children in the U.S. live at or below poverty level. American Graduate defines poverty as a family of four with an annual income level of $23,050 or lower. American Graduate also cites a report from the Southern Education Foundation, which shows in 17 states across the U.S., low-income students now comprise the majority of public school students in those states. Some estimates put poverty levels for public school students at 25% in the not-so-distant future.
Students living at or below poverty level tend to have the highest dropout rates. Studies show that students who do not get enough food or sleep are less likely to perform at their full academic potential. Schools know these truths first-hand, and despite efforts to provide students with basic essentials, teachers, administrators and lawmakers know there is simply not enough to go around.
Family Factors
Family factors also play a role in a teacher’s ability to teach students. Principals and teachers agree that what is going on at home will impact a student’s propensity to learn. Divorce, single parents, poverty, violence and many other issues are all challenges a student brings to school every day. While some teachers and administrators try to work with children in less than ideal family environments, they can only do so much – especially when parents are often not willing to partner with the schools to provide for the children.
Technology
Kids Health Guide reports that students are more technologically advanced than many teachers today, putting instructors at a decided disadvantage in the classroom. However, a student’s love of technology also tends to distract him from his schoolwork, according to NEA Today. When teachers don’t have the techno-savvy to compete with those devices, by bringing education and technology together, it can be difficult to keep students’ interest and attention to properly teach new concepts.
Technology needs to come into the classroom to keep up with the learning demands of the 21st century. Schools that are already cash-strapped may find an unsurmountable challenge in coming up with the funding to bring computers and other forms of technology into their classes. Scholastic offers some tips for school districts that want to fit the bill for technology, including everything from asking individuals in the district for “big gifts” to going to Uncle Sam for the funding. The website also suggests negotiating prices on technology when possible and allowing student to bring their own from home. 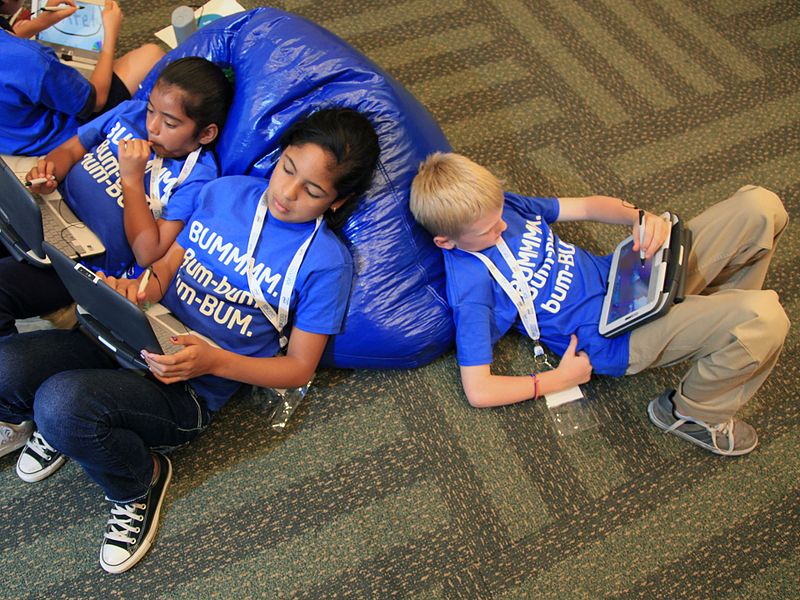 Photo By Intel Free Press CC-BY-SA-2.0, via Wikimedia Commons
Bullying
Bullying is not a new problem, but it is one that has a profound impact on the learning aptitude of many students today. Technology has given bullies even more avenues to torment their victims – through social networking, texting and other virtual interactions. Cyberbullying has become a major issue for schools, as evidenced by the number of suicides that can be directly traced to bullying events. The fact that laws are still fuzzy regarding cyberbullying adds to the challenge – since parents, teachers and administrators are unsure of how to legally handle such issues.
Student Attitudes and Behaviors
Many public school teachers also cite student attitudes, such as apathy and disrespect for teachers, as a major problem facing schools today. A poll from the National Center for Education Statistics cited that problems like apathy, tardiness, disrespect and absenteeism posed significant challenges for teachers. These issues were seen more frequently at the secondary school level, rather than the primary grades.
No Child Left Behind
Many students, parents and teachers see No Child Left Behind as a detriment to the public education environment today. Although the current Obama Administration is working to reform NCLB policies, the focus in education on both the national and state level continues to be on the testing process. Student test scores are now being used by a number of states as a way to evaluate teacher performance, putting even more pressure on faculty in schools to “teach to the tests.”
NEA Today quotes Kansas special educator Shelly Dunham as saying, “Testing, testing, testing, what is the point of testing? Do we use the data to remediate those who do not measure up? No!” Many teachers believe they are forced to teach to the annual standardized tests, and activities like recess and lunch have been cut way down to make more time for academics in light of the new testing procedures.
Parent Involvement
Often teachers find there is no happy medium when it comes to parental involvement, according to the Kids Health Guide. Some parents won’t be seen for the entire school year, no matter what sort of issues might arise. Others never seem to go away, hovering over the child and teacher and interfering with the education process. There are ways parents can become involved and support their child’s education at the same time, but teachers don’t always get that level from parents.
Student Health
Obesity has reached epidemic proportions in the U.S., and the same poor eating habits that led to the obesity problem may also be contributing to lower student achievement. Obesity also increases a student’s risk for other conditions, like diabetes and high blood pressure, which could result in higher absenteeism and more academic issues. 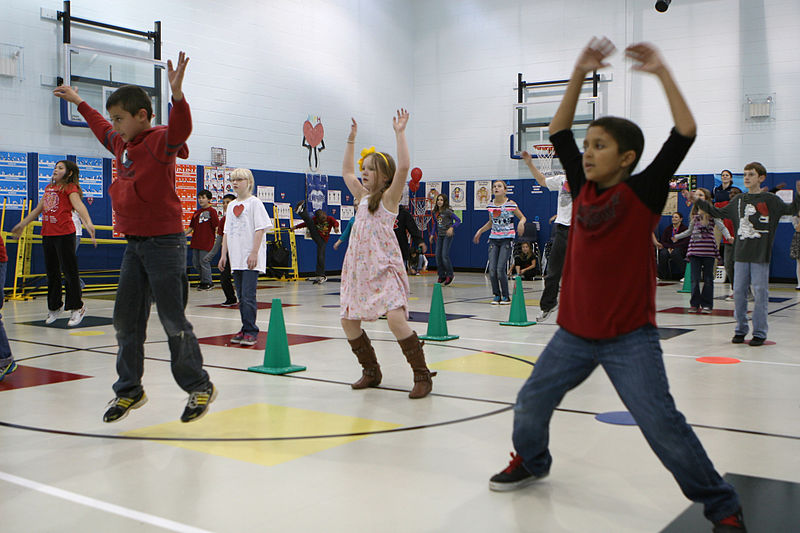