by Grace Chen
Recent legislation that allows Illinois public schools to demand students’ social media passwords has renewed the debate about students’ right to privacy at school.
It is a story that is all too often in the news: A child is subjected to torturous cyberbullying by his or her peers via social media. Threatening messages sent on Facebook, humiliating comments about their appearance on Twitter, and other such nonsense drives the student to lash out, possibly hurting themselves, their peers, or both.
Schools no doubt serve a protective function and are charged with ensuring students have access to a free, appropriate education in an environment that is safe, secure, and nurturing. To help achieve that end, some states are taking strong measures to bolster the authority and power of school districts with regard to investigating instances of bullying, even if such negative behaviors do not occur on school property or within the bounds of the school day.
The Illinois Law
In an attempt to curb cyberbullying behaviors, the Illinois General Assembly passed a law, enacted January 1st of this year, that allows public school districts to demand access to students’ personal social media accounts if the student is suspected of violating school rules.
A letter sent home to parents in Triad Community Schools in Illinois, obtained by Motherboard, outlines the new policy: 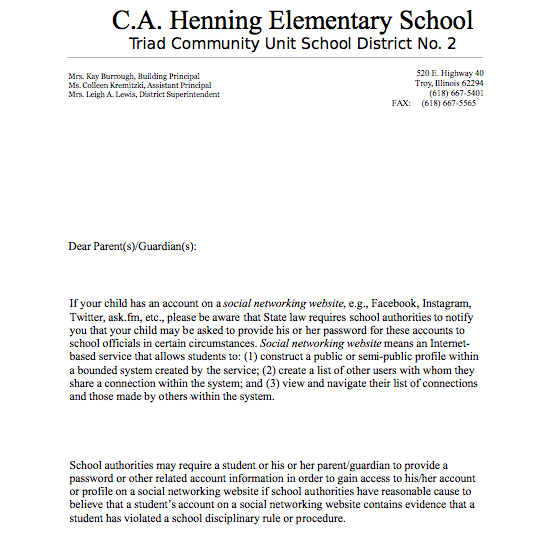 “School authorities may require a student or his or her parent/guardian to provide a password or other related account information in order to gain access to his/her account profile on a social networking website if school authorities have reasonable cause to believe that a student’s account on a social networking site contains evidence that a student has violated a school disciplinary rule or procedure.”
Leigh Lewis, the superintendent of Triad Community Schools, clarified the parent letter by saying that the district understands privacy concerns and that school officials “will not haphazardly request social media passwords unless there is a need.” Lewis also asserted that should a situation arise, parents would be involved in the process.
Lawmakers and state education officials drafted the law because of the potential impact that online threats – made at school, at home or otherwise – have on the school environment. In the past, students have by and large voluntarily complied with requests by school personnel to examine the contents of their social media accounts when problems arose. However, in an effort to ensure their ability to step in when needed, lawmakers gave school officials the power to demand students’ passwords.
Parents Voice Concerns
Privacy is a tricky issue when it comes to children. On the one hand, parents strive to strike a balance between being nosy and overprotective with being engaged with their children and protecting them from harm. This issue becomes even trickier when outside forces attempt to peer into a child’s private life, even if those forces mean well.
Part of the uproar over the Illinois law is that it is so wide in scope. One might assume that the law would apply only to incidents that occur using school-owned and operated equipment or that occur during the course of the regular school day on school property. 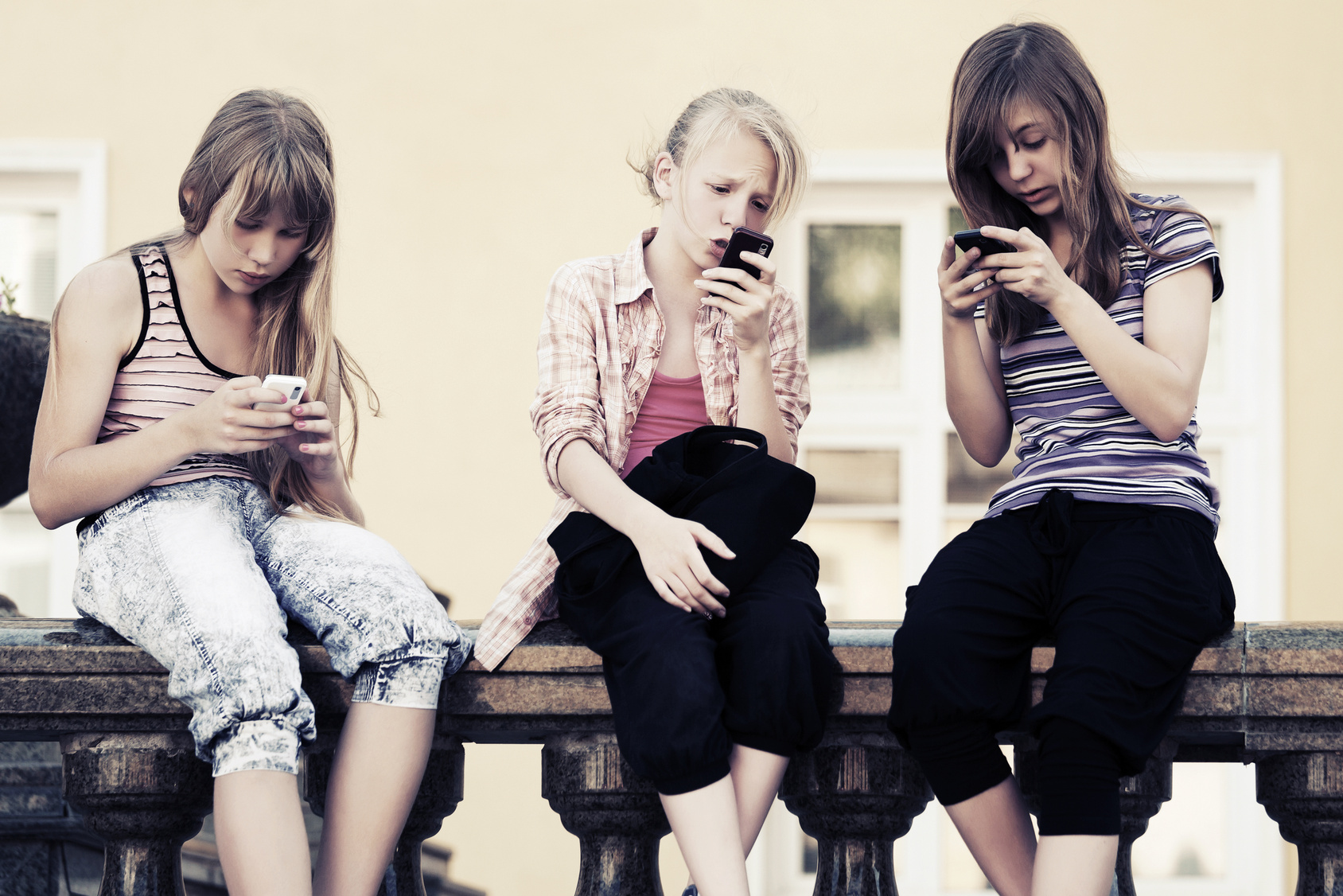