by Grace Chen
As of 2014, nineteen states still allow corporal punishment – spanking and paddling the most common choices – in their public schools. However, some argue that not only are these punishments physically harmful, they also are disproportionately administered to students of color. As a result, House democrats have taken up the issue in a new bill that would ban all forms of corporal punishment nationwide.
Inmates in America’s prisons are protected from corporal punishment, yet it is a system of discipline that still exists in public schools in nineteen states. Teachers and principals are allowed to strike a child, either with a paddle, an open hand or in some cases a ruler, in order to punish them. Students may be struck on the bottom or the upper thighs. Generally speaking, students are directed to bend over a desk or chair while a school official administers the punishment. For safety purposes, it is usually witnessed by another school official, but sometimes the punishment is neither discussed with nor approved by, the child’s parents.
The vast majority of states that still allow these punishments are in the Deep South, where large populations of students of color – especially African-Americans – comprise the student bodies of public schools. Texas leads the way with over 10,000 cases of spanking or paddling each year. However, some states in the West, including Wyoming, Idaho, and Arizona, also allow corporal punishment.
While these states still allow corporal punishment, many of their school districts have taken it upon themselves to ban the practice. However, many school districts persist in using spanking and paddling as punishment. In fact, according to the Department of Education, each year, hundreds of thousands of students are subjected to corporal punishment. While some districts in larger, urban schools still employ the practice, it occurs mostly in smaller, rural communities. The Department of Education reports that of these students, an overwhelming majority are male (over 78 percent) and over one-third are African-American. A disproportionate number of disabled children are also subjected to physical punishments at school. 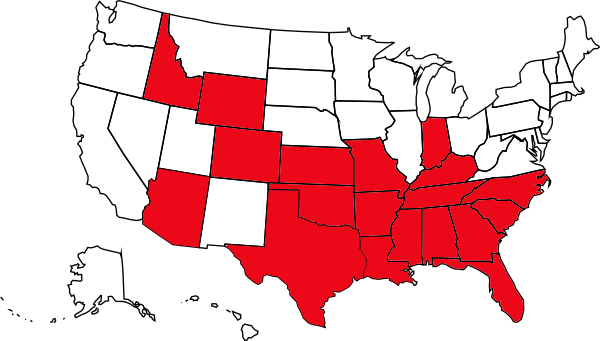