by Grace Chen
Undocumented and unaccompanied migrant children, particularly among Hispanic populations, are rapidly increasing in number, especially in the southern United States. Federal law requires public schools to provide services to all children. Yet, many schools are struggling to accommodate this new wave of potential students who come to them without parents or guardians, while some municipalities are flat out refusing to accommodate these children.
Districts across the nation have raised questions about their responsibilities in providing educational services to the most recent wave of immigrant children, specifically those from the Central American countries of Guatemala, Honduras, and El Salvador. Many of these children have arrived unaccompanied, countless numbers have done so illegally, and the vast majority have little or no knowledge or understanding of English.
Children who arrive in the United States without an accompanying adult are cared for at one of approximately 150 shelters whose operation is overseen by the Department of Health and Human Services. While at the shelter, all expenses for caring for the children, from food and clothing to immunizations and other medical care, are paid for by the federal government. Although children in these shelters receive educational services, they are not allowed to attend school offsite. Only after they are released to a sponsor – a parent, other relative, or family friend – are children allowed to enroll in public school. It is these children, who in the past year alone number nearly 63,000, that school districts aren’t sure what to do with. 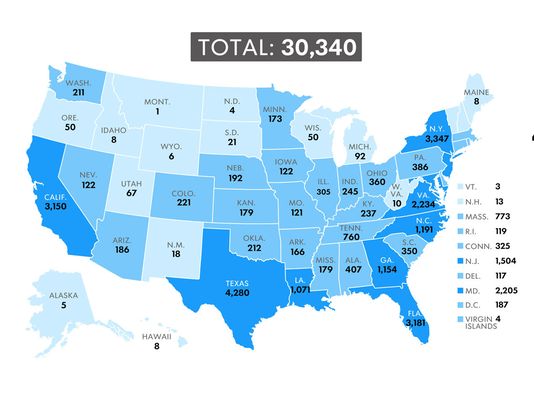 Source: USA Today for the number of unaccompanied children released to sponsors by state
Part of the problem districts are facing is that they have difficulty determining the child’s educational background when their sponsor brings them in to enroll. Oftentimes the sponsor is unaware of the child’s history, and language barriers can prevent the child from conveying their history themselves. As a result, school districts are unsure of where to place children and what services they may need. Sometimes schools don’t even know if a student has been vaccinated, which is a requirement for enrollment.
Federal Law Mandates Free Education For All
All children in the United States, regardless of their immigration status, citizenship, or country of origin, are entitled to a free, public education, just like children who are born in this country. According to the latest data from the U.S. Department of Education, the number of immigrant students in the country is up to 840,000, with another 4.6 million students who are learning English as their second language.
Fortunately, there are a number of existing resources that local school districts can use in order to address their growing enrollment and pay for the supplemental expenses associated with expanded services for English language-learners, disabled children, and poverty-stricken children that come to this country. According to the Department of Education, these resources include:
Despite the ability to use these existing sources of funding, some school districts are scrambling to find more money to pay for what they expect to be a flood of new students who will require supplementary services. 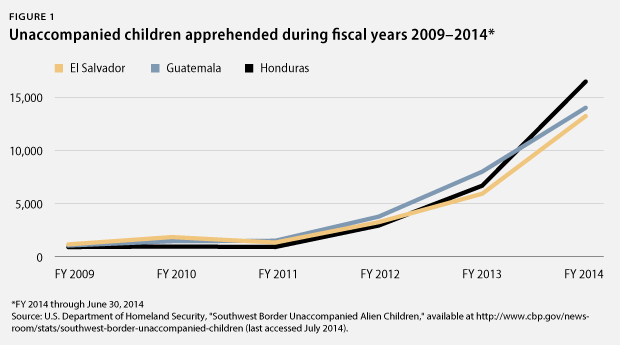 Budget Concerns
From Maryland to California, schools are bracing for potential budget shortfalls as enrollment increases and demand for services increases along with it. In the hardest hit areas – Texas and Florida in particular – districts are begging state officials for more money to supplement Title I, Title III, and IDEA funding. In Miami-Dade County, where the largest number of recent unaccompanied minors will attend school this fall, extra federal and state funding is on the way to help cover the additional $2,000 in expenses each immigrant child’s education costs the district. That district has an abundance of resources to meet the language learning needs of children, as it has long been a destination of immigrants. But the district is concerned about the influx of enrollment this fall after enrolling over 300 children in the waning months of this past school year alone.
Some districts, including Whitfield County and Dalton Public Schools in Georgia, have established English training academies to help unaccompanied immigrant students begin the process of learning English. But many students who come from Central America don’t even speak Spanish, but their local Mayan dialects instead. As a result, the progress is slow and programs must be extended into the summer months, which increases the costs. When the costs for health screenings, psychological services, free and reduced meals, and technology training are added in, the price tag can become quite large.
Open Arms in San Francisco
The San Francisco city council passed a resolution earlier this year to provide emergency humanitarian assistance specifically to unaccompanied children seeking refuge in the United States. The San Francisco Unified School District has followed suit, with members of their Board of Education urging the district to add teachers, expand services, and dedicate funding to meet the needs of these children.
These proactive measures typify what the school district has done for many years – welcome new students with open arms. Each year, hundreds of newcomer students arrive in the district and need intensive services in order to be successful. But with the number of students rapidly increasing from 840 in the 2012-2013 school year to 1,029 and counting for the 2014-2015 school year, the district needs to expand it’s already robust programming to meet the additional demand.
The hallmark of the district’s immigrant student services is the Pathway Program. This program involves intensive English language learning coursework, as well as wraparound services that meet the social, emotional, psychological, and legal needs of immigrant children, many of whom have come to this country to escape abject poverty and violence back home. When adding to the mix that this new wave of children is coming in without their parents, expanding these services makes the most sense. In fact, the district is working with other agencies in the city to coordinate programs so the diverse needs of each immigrant student are met. Social service agencies, churches, and local charities are just a few of the entities involved in the effort.
City and school district officials believe that providing comprehensive services to these children will not just benefit students, but will benefit the community in the long run. Ensuring supports are in place to help children receive services to meet their immediate medical and mental health needs, and as they age, finish high school, procure employment, attend college, and find suitable housing, will negate much of the financial burden the city would face if these children fell through the cracks and came to rely upon social service programs to get by.
San Antonio Prepares
San Antonio is faced with a unique situation of having to make preparations for a possible influx of unaccompanied immigrant children to their district without really knowing what the number of kids will be. Approximately 1,200 children are currently being housed at Joint Base San Antonio – Lackland, and hundreds more are being cared for by charities and shelters throughout the city. So far, government officials insist that the children at the Lackland camp will be educated there and not be enrolled in schools in San Antonio. The same has been said for children currently residing in the city’s shelters.
However, officials don’t know how many of these children will be assigned to a sponsor during the school year and if their sponsor will be a local resident. What’s more, hundreds of children have already been placed in foster care, and those that have will be enrolling in a San Antonio School. But again, there seems to be no firm understanding of how many children that involves. Without that knowledge, the San Antonio Independent School District is making preparations to deal with a surge of students who will need a comprehensive support program in order to succeed.
Worry in North Carolina
Only five states have taken in more unaccompanied immigrant children than North Carolina. That state, which has to date been highly cooperative in finding sponsors for children, has begun to raise questions about the financial burden they may face if they continue to take children in. Governor Pat McCrory has criticized the federal government for a lack of transparency about the number of children entering the state, as well as their locations, and is concerned that the presence of these needy children will impact the state’s ability to fund social services for state residents.
Still, many in the state argue that, in addition to being obligated under federal and international law to provide assistance to these children, the bulk of the burden of caring for them will fall not to state-funded social services but to non-profits and social organizations. However, the governor’s critics also admit that local schools will face challenges to accommodate the influx of children, particularly because it is unknown how many children will enroll, or even how many children have been placed with sponsors in any given city. 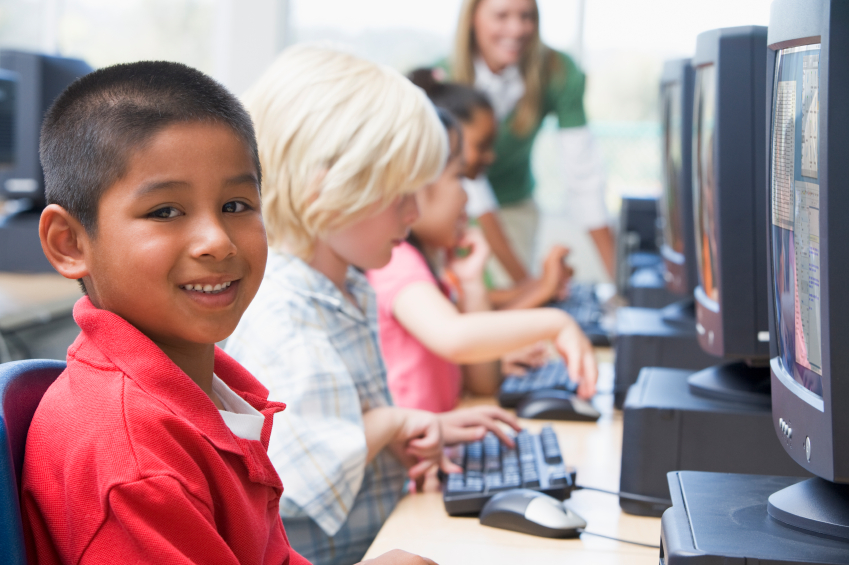