by Grace Chen
Measles, the once eradicated disease, has made a comeback in the U.S. in recent months, and a recent study estimates only 50% of people are immunized. The outbreak has raised questions about immunizations and the safety of children in public schools. Learn how to keep your children healthy and reduce their measles risk.
Just three months after the first measles outbreak from Disneyland, researchers have confirmed that the low rates of vaccination are the culprit for measles spreading from California throughout the country, as just published in the JAMA Pediatric Journal.
"Disneyland is an international attraction and sometimes people are coming from places where measles vaccination rates are low or they don't get the recommended two doses, and that, combined with the fact that there are a lot of pockets of non-vaccination in California and people coming from all over the U.S. created the perfect storm for a big outbreak," lead author Maimuna Majumder of Boston Children's Hospital and the Massachusetts Institute of Technology told Reuters Health.
In late December 2014, the first signs that a measles outbreak was about to occur began to present themselves. People were coming into emergency rooms and doctor’s offices with high fevers, runny noses, coughing, and red, watery eyes.  In addition to the ones originating in Disneyland, there were other unrelated outbreaks in Nevada, Illinois, and Washington.  California has by far the most cases, numbering 142 in early March, but there are measles reports in 17 states and the District of Columbia, according to the Centers for Disease Control and Prevention. 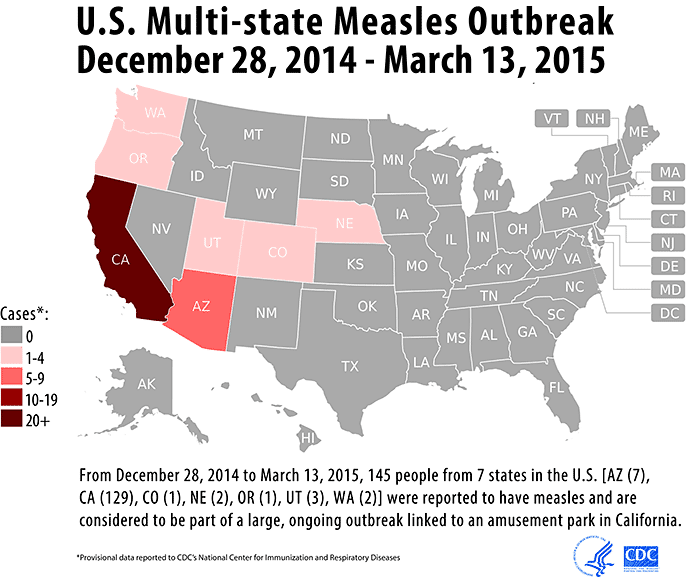 What makes this measles outbreak particularly disturbing – aside from the fact that the disease was declared eliminated in 2000 – is that it began at Disneyland, a place full of children who have since returned to school. The close proximity of people at the resort and in the classroom makes it somewhat of a surprise that more cases of the disease have not developed. The fact that the outbreak isn’t larger, however, doesn’t put parents’ minds at ease.
School Districts Grapple With Required Vaccinations
In the face of an increasing public health crisis, K-12 school districts are struggling to identify the best policy to protect their students from illness.
There is no federal law that includes vaccinations as a requirement for enrollment in public school. However, according to the Centers for Disease Control and Prevention, all states have laws on the books that require vaccinations against some or all of the following diseases: measles, mumps, rubella, diphtheria, pertussis, tetanus, and polio.
A closer look at the CDC’s data shows that all states require at least one dose of the measles vaccine as a requirement for admittance into kindergarten. Many states now require two measles vaccinations. In either case, the dose or doses of the vaccine must be administered before the child’s fifth birthday.
However, there are several exceptions to the vaccination requirement for enrollment in public school.
Because there are no blanket vaccination requirements, and because there are varying exemptions available in every state, the reactions of school districts concerning the current measles outbreak have been all over the place. Some schools have taken no action, while others have removed scores of students and banned them from stepping foot on campus. 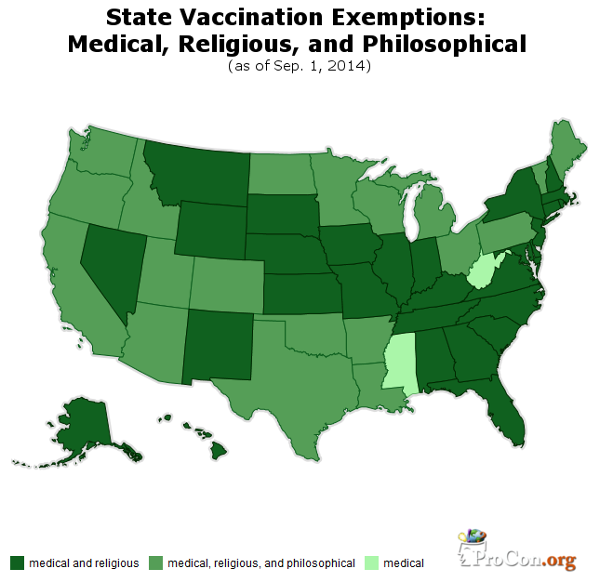 Public School Reaction
Many state laws forbid unvaccinated children from attending public school unless they have one of the exemptions listed above. But in light of the highly contagious nature of measles, some school districts are taking matters into their own hands.
In public schools across the nation, strong and swift action is being taken to ensure the safety of children in the wake of the spreading disease. Santa Fe Public Schools passed a resolution in February banning unvaccinated children from coming to school until proof of vaccinations can be provided.
In January, officials at Huntington Beach High School in suburban Los Angeles banned 24 unvaccinated students after they came into contact with an infected classmate. The two-dozen students, who are now back in school, were banned from classes for nine days to ensure they didn’t contract and spread the disease.
At Palm Desert High School in Riverside County, California, 66 students were suspended for two weeks in January after coming into contact with an infected classmate on a school field trip. That student has since returned to school. The suspended students, none of whom had been fully immunized, were allowed to return early, provided they had proof of immunization or were cleared by the Riverside County Public Health Department.
The actions of these school districts have been seen by some parents as necessary in order to protect the health of students and staff. Other parents view it as an overstepping of boundaries and an infringement on their personal or religious rights.
To Vaccinate or Not Vaccinate 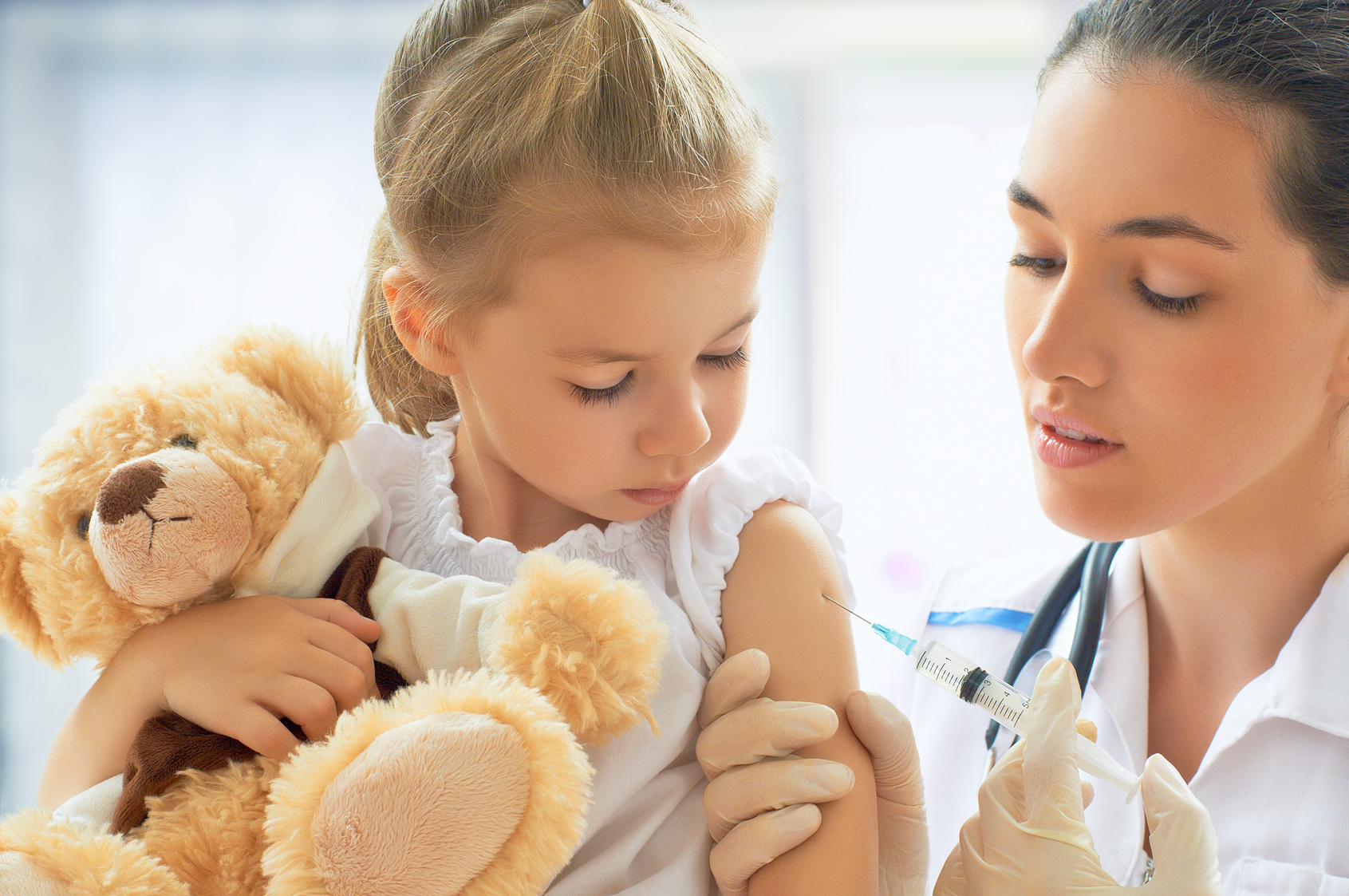