Urban Public Schools Come to the Rescue of Black Boys 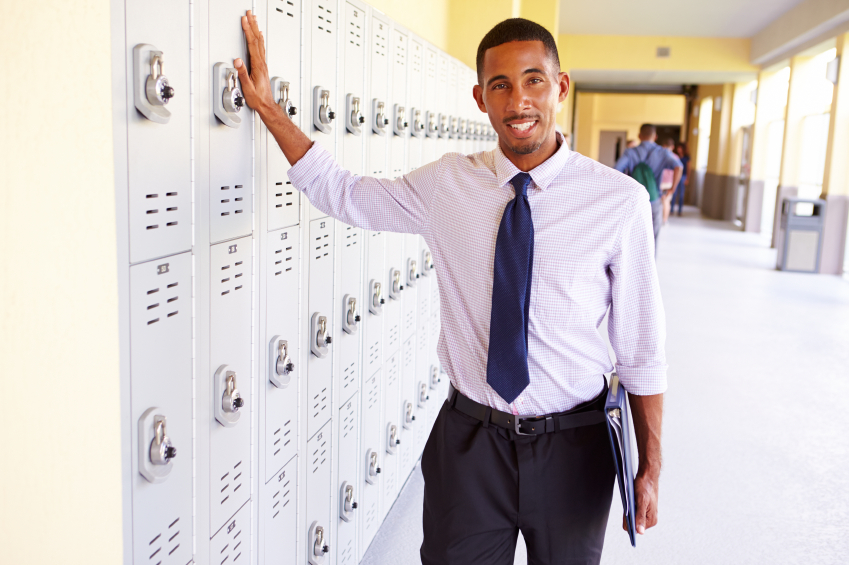 Minneapolis’ program will be fully implemented in the 2014-2015 academic year. The academic goals for the program have been set high, as have the behavioral goals: The district seeks to reduce the number of discipline referrals for black boys by 20 percent and reduce the number of suspensions by 20 percent. The project’s leaders believe this will be made more likely because of the relationship-building component that is so heavily emphasized in the program.
Other Programs Foster Hope
Other programs from around the country demonstrate the efficacy of combining academic rigor with school staff that genuinely care for and provide guidance to their students. At the all-black Bethune Elementary School in New Orleans, students have teachers who demand hard work but also give lots of love. As a result, 88 percent of the school’s boys achieved mastery on the state’s math test in 2009. In language arts, 83 percent of boys demonstrated proficiency. 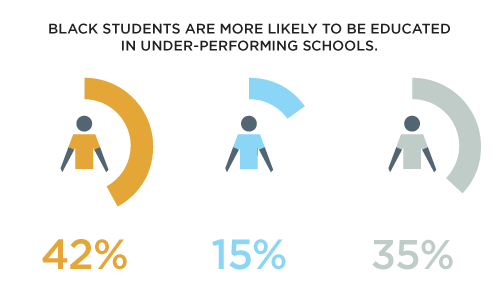 Source: BMA Funders
In the Baltimore City Public School System, where 88 percent of students are black, the focus is on stemming the tide of student dropouts. The district’s Great Kids Come Back program sends school officials to the front porches and apartment complexes of families whose child has dropped out of school and encourages them to come back. For the kids that do, alternative programs are available to meet their unique academic, social, and emotional needs, including accelerated programs to help kids achieve their academic goals as quickly as possible.
The Young Men’s Empowerment Program was implemented several years ago at Newark Tech High School and has since become a model for teaching students, young black males in particular, about success at school and in all realms of life. On Mondays, students are required to wear business clothing to learn how it feels to dress like a professional. Students then participate in presentations by men who have found success in the black community. These presentations include a variety of topics, from entrepreneurship to parenting to goal setting, and help students understand the vital importance an education plays for their future.
Yet other schools are seeking to make a difference through increased academic offerings. To improve the academic achievement of minority and poverty-stricken students, New Jersey’s Abbott schools offer extended-day learning and weekend courses, as well as summer school classes to help kids catch up. For students who are doing well, enrichment activities are offered to further engage them in educational endeavors. Abbott districts also offer comprehensive early childhood education for children from birth to four years of age. These programs, like Head Start, identify and address cognitive, developmental, social, and family factors that may impact a child’s ability to learn.
Personnel at Abbott schools – from the lunch lady on up to the principal – also undertake professional development in order to stay on the leading edge of educational theory and practice. By remaining students themselves, these educational professionals are able to deliver a top-notch curriculum to students that encourage everyone to succeed, regardless of life circumstances and regardless of race. Schools in Harlem, Texas, and Maryland have followed the Abbott model and have upped the ante in terms of academic opportunities available for black boys. Something else these schools have in common: They have demonstrated that when presented with the opportunity, all students can and do learn.
Looking Ahead
While the situation for black boys – and other minority boys as well – is still not equitable to that of their white peers, some aspects of the situation do seem to be improving. Since 2002, the number of black boys graduating from high school on time has increased by 10 percent. Scores for black students on the National Assessment of Educational Progress have risen dramatically in the last 40 years. In fact, black students have improved their performance at a rate that exceeds white students.
However, reversing the trend of underserving black boys is not nearly complete, and according to many experts, the process is not moving quickly enough. Even with the significant gains in achievement discussed above, students of color today are only performing at a level that white students achieved 25 years ago. If public schools are to do their black male students any justice, devising and implementing programs like those in Minneapolis and Oakland that support multiple facets of a young man’s life should become mainstream. These issues cannot be fixed by serving just a few thousand boys each year. Institutional change is needed. Only when all kids are given tools to succeed, offered guidance from mentors, and provided with hope for a better future will they be able to perform to the best of their abilities and achieve their goals.

Knowledge is Power Program: A Strong Model for Public Schools
Recent Articles
May 18, 2021
How to Prevent Summer Learning Loss
Summer vacation may be a time for relaxation, but being away from school may result in significant learning loss. Learn about how you can keep your child’s brain sharp this summer.
May 17, 2021
Managing Stress and Moving Forward from the Pandemic
As more schools return to in-person learning, teachers and parents find themselves dealing with the trauma and stress created by the pandemic.
May 17, 2021
How Has the Pandemic Changed Public School?
After more than a year of remote learning, schools are finally returning to in-person instruction but how has the pandemic changed the face of public education and what will it look like moving forward?
Most Popular Articles
Top School Listings by Category
Uniforms: The Pros and Cons
Pros and Cons of Sports Competition at the High School Level
The 15 Biggest Failures of the American Public Education System
10 Major Challenges Facing Public Schools