by Grace Chen
Recently released data from the National Education Association shows that while the diversity of American public schoolchildren is rapidly increasing, teachers remain overwhelmingly white.
The American public school system has shown a steady rise in the number of enrolled students since the beginning of this century. According to the National Center for Education Statistics, 47.7 million students attended public schools in 2001, a number that increased to 49.5 million by 2011. By 2023 the public school population is projected to be over 52 million students. 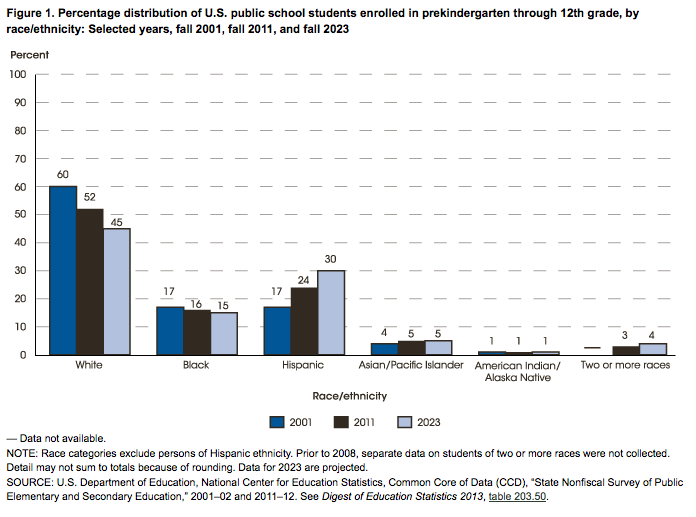