Updated October 19, 2018 | by Grace Chen
Wyoming recently became the first state to reject the Next Generation Science Standards because of concern regarding lessons that teach human-caused climate change. Several other states have also taken measures to reject the standards, which has some education officials concerned about the quality of instruction students in those states will receive.
The Next Generation Science Standards (NGSS) were developed by a cadre of experts from the National Research Council, the National Science Teachers Association, Achieve, the American Association for the Advancement of Science, and other stakeholders, including K-12 science teachers and government officials from 26 states. The standards establish benchmarks that gauge student learning at each grade level from kindergarten through the twelfth grade in the areas of life science, physical science, earth and space science, and engineering, technology, and applications of science. The standards direct student learning along three dimensions:
These new-generation standards emphasize the importance of science in daily life, but also seek to prepare students for a rapidly evolving workforce that relies heavily on a deeper understanding of science, technology, engineering and math (STEM). STEM-related careers have grown at three times the rate of non-STEM careers over the last decade, and large gaps between the supply of trained workers and current STEM job openings is a primary reason why educators have pushed for more robust science instruction for K-12 students. Developers of the NGSS believe their in-depth and comprehensive framework will improve science education and lead to a more skilled workforce.
Additionally, while these standards are intended to bring cohesion to science education across the country, they leave much control in the hands of teachers and local school boards with regard to what is taught and how that learning takes place. Textbook choices are left to school districts, as are decisions regarding how to teach the curriculum contained in the NGSS framework. Despite this, many critics decry national standards such as the NGSS as having too much federal control of an issue they feel should remain firmly in the hands of local and state officials.
State Backlash
Earlier this year, Wyoming became the first state to reject the NGSS after the state Board of Education declared that the standards needed further review, particularly those dealing with human-caused global warming. This move is not all that surprising, given that Wyoming is the nation’s top producer of coal, an energy source directly linked to the warming of the planet. Members of the state’s legislature have gone on record saying that their opposition to the new standards is borne out of the negative light in which the standards treat fossil fuel development. For them, adopting standards that take such a hard line against the energy industry would endanger the state’s economy, which relies heavily on the production of coal, oil, and natural gas. 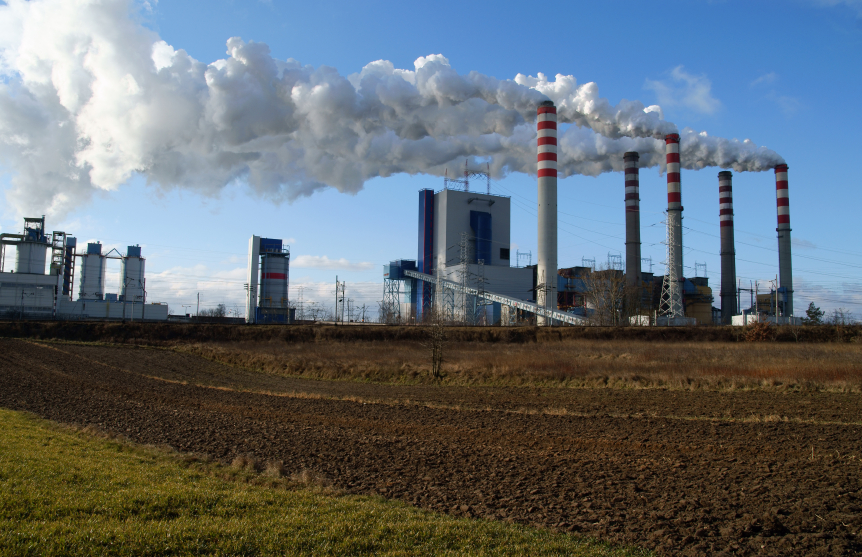 The rejection of the NGSS in Wyoming comes amidst overwhelming support for the standards from science experts. In Wyoming, a committee of science teachers from schools around the state spent 18 months pouring over the standards and comparing them to existing standards adopted by other states. After their review, the group unanimously urged the state’s legislature to accept them. Even behemoth energy companies like Chevron and Exxon Mobil agreed with the state’s committee of science educators and have backed the standards as well.
While Wyoming was the first state to successfully reject the NGSS, it isn’t the only state to try. In the fall of 2013, the Kentucky legislature voted to reject the NGSS, with some legislators comparing a nationalized system of standards to a fascist takeover of education by elitists who wish to push their views of evolution and global warming onto the families of public schoolchildren. Yet despite the Kentucky legislature’s efforts to block their implementation, the state’s governor nonetheless implemented the standards via executive order.
In 2012, South Carolina’s state legislature passed a bill forbidding the expenditure of state funds to review or implement the NGSS. It wasn’t until 2014, however, that the state officially rejected the NGSS in favor of their own high-level standards that were created in 2005. The state’s Department of Education rejected the NGSS, in part, because the Fordham Institute, a conservative think tank, gave the new standards a “C,” as compared to the “A-“ the Institute gave the state’s 2005 standards. Also in question was the presentation of human-caused climate change as a fact rather than a theory.
Some politicians in Oklahoma share the concerns of their counterparts in South Carolina. Oklahoma joined the opposition movement earlier this year, after an Oklahoma House of Representatives committee voted 10-1 to reject the NGSS. The standards, which only months prior were approved by the state’s Board of Education, were called into question by committee members who felt the standards present a one-sided view of climate change, unfairly blaming humans for their role in global warming and presenting the phenomenon as fact.
Support for the Standards
As of mid-2014, 12 states and the District of Columbia have adopted the NGSS and many other states are in the process of reviewing the standards for approval. Supporters of the NGSS maintain that they represent the most comprehensive, evidence-based, up-to-date science standards currently available. With input from educators and scientists alike, they provide a framework for science education that makes classroom learning applicable between science disciplines as well as to daily life. Additionally, the standards would make science teaching practices uniform between school districts, thus providing students a more equitable education regardless of the school they attend or the state in which they live.
NGSS supporters are also quick to point out that the standards are based on scientific facts and represent an effort “beat back scientific ignorance” that has gripped the country in recent years. While the teaching of evolution in public schools has long been a hot-button issue, the vast majority of opposition to the NGSS has been directed at standards that involve teaching about mankind’s role in climate change, as evidenced by the complaints from various states discussed above.

Photo Credit: Yale Project on Climate Change Communication
More specifically, opponents to the standards have expressed concern about teaching children that human-caused climate change is a fact. While a recent survey of peer-reviewed journals found a 97 percent consensus that global warming is  exacerbated by human activity, many opponents of the standards staunchly believe that this is a myth. Thus, the conundrum: opponents of the standards don’t believe in global warming and don’t want it included in science standards as being fact, yet the authors of the standards include such information in an attempt to remove such ignorance about the realities of human-earth interactions.
Proponents of the NGSS also champion the practical benefits of the standards, citing the ease with which participating states could find quality resources. With more and more states adopting the standards, education vendors, from assessment companies to textbook authors, are coming on board to align their materials with the NGSS. Using these materials satisfies the aforementioned benefit of a consistent and equitable education between districts and states, and also reduces costs for districts that can purchase resources that are produced for the masses, rather than purchasing expensive materials designed specifically for their district’s curriculum. Furthermore, utilizing standards that are accepted across many states provides an improved ability for individual school districts to assess their curricula and student achievement by comparing their data with that of other districts utilizing the standards.
Moving Forward
The current debate over science standards is essentially a continuation of the decades-long fight over the role of religion in schools. The Supreme Court has addressed the issues of teaching evolution and creationism in several decisions, including Aguillard v. Edwards, which declared teaching creationism in public schools unconstitutional. However, with climate change a relatively new hot-button issue, and one that is not within the purview of the 1st Amendment’s religious protections, the Court likely will not have any say in the debate any time soon – if at all. Without instruction from the high court, liberals and conservatives, who are essentially split on the global warming issues along party lines, will be left to work things out on their own. 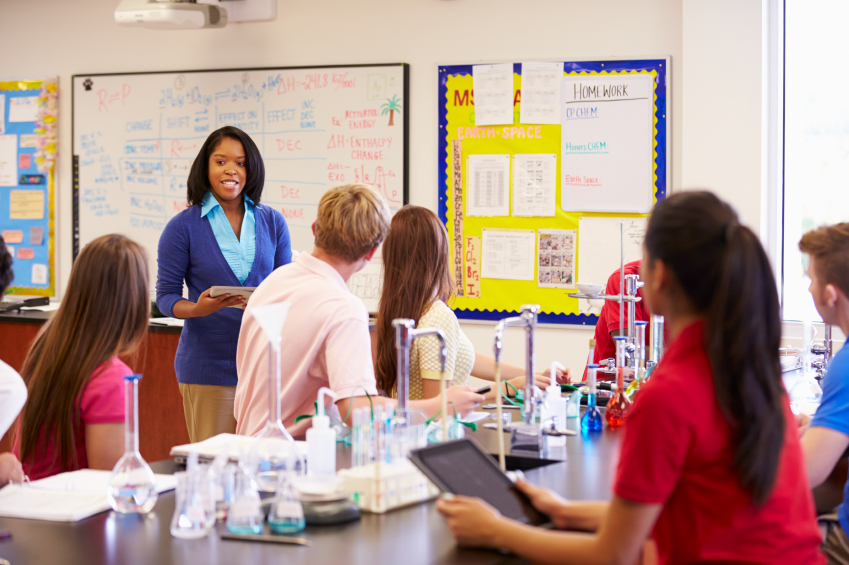 However, with little common ground between the two sides on many issues of importance, and a historic level of partisanship making cooperation hard to come by, the battle over what is taught in the nation’s science classrooms will likely continue. In reality, many conservative states may well find themselves rejecting the NGSS in favor of relying on older standards, while more liberal states accept the NGSS as is. The result would be a patchwork of standards of varying levels of rigor, with the learning of some children driven by the most recent developments in the field of science and the learning of other children driven by standards that, according to most science educators and scientists, are insufficient and out-of-date.
The larger issue is the gulf that exists between public opinion about climate change and scientific findings on the subject. Just 41 percent of Americans believe that climate change is caused by human activity, even though 97 percent of peer-reviewed journals on climate change state that changes are human related. With such a large portion of the population doubting the research behind the NGSS, the debate regarding their implementation in public schools is not likely to end anytime soon.

Urban Public Schools Come to the Rescue of Black Boys
Recent Articles
June 01, 2021
While Students Enjoy Summer Break, Schools Grapple with Common Core Questions
While students are enjoying time off this summer, school district officials across the country are grappling with the issues associated with Common Core Standards, as well as plenty of opposition from parents and teachers.
May 17, 2021
Managing Stress and Moving Forward from the Pandemic
As more schools return to in-person learning, teachers and parents find themselves dealing with the trauma and stress created by the pandemic.
May 17, 2021
How Has the Pandemic Changed Public School?
After more than a year of remote learning, schools are finally returning to in-person instruction but how has the pandemic changed the face of public education and what will it look like moving forward?
Most Popular Articles
The 15 Biggest Failures of the American Public Education System
Top Ranked Public Schools in the US
The Pros and Cons of Mandatory Gym Class in Public Schools
How Diet and Nutrition Impact a Child&#039;s Learning Ability
How Does Bullying Affect a Student’s Academic Performance?